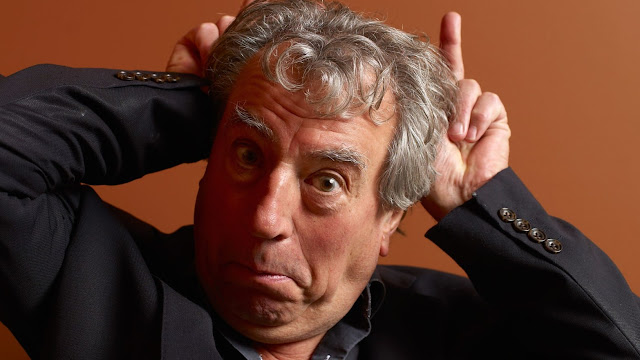 As John Cleese said today, two down, four to go.

The death of Terry Jones is not an unexpected thing, but it stings and hurts all the more because his final years were spent suffering from dementia. My thoughts are with his family and, no matter who you are, dealing with a loss like this is a difficult but ultimately human experience.

Jones was a very learned comedian, which meant that he did smart things for laughs. Oh, sure. He was naked a lot, but that was just part of his charm. He leaves behind a body of work that has few equals.

If you want some insight as to how brilliant he was, pick up one of his books. I have a book of scripts for Ripping Yarns, and it has always been a favorite, something I could never part with. And then there's his medieval research, Who Murdered Chaucer?

I don’t know if there is anyone who was more omnipresent than Tim Conway when I was growing up. He was always on television, always funny, always working. His ability to do live improvisational comedy (well, live to tape, anyway) was greatly underappreciated when he was on television.

It Remains a Horrible, Horrible World

There are no words for how terrible this is.

To see the life's work of a brilliant woman who was given many accolades reduced to such an assessment is beyond comprehension.

This was how she rolled:

Ms. McCullough was often asked what she thought of the “Thorn Birds” mini-series, watched by more than 100 million people.

Her response packed her usual pith and punch.

The same could be said of those trying to write her obituary.
at January 29, 2015 No comments: