Why Does Daniel Radcliffe Have to Say This? 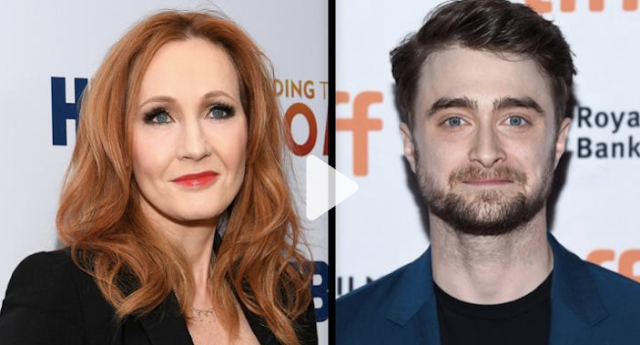 Why does Daniel Radcliffe have to ride to the rescue of J.K. Rowling?


Daniel Radcliffe, the star of the "Harry Potter" franchise, on Monday responded to franchise creator J.K. Rowling's controversial tweets about gender identity, directly addressing fans who may have felt pain reading the author's comments, which some labeled as transphobic.

Rowling, who has often come under fire by the large Potter fandom for her social media posts, sparked backlash over the weekend after mocking a headline about "people who menstruate."

"'People who menstruate.' I'm sure there used to be a word for those people," she tweeted on Saturday. "Someone help me out. Wumben? Wimpund? Woomud?"

Shortly after, the author's name was trending on Twitter, with many accusing her of transphobia -- which she's been accused of before.

Rowling is a grown woman who has repeatedly taken shots at trans people.  She has some emotional need to share her distaste for trans people with a vast global audience. She's done this again and again, and it speaks to her state of mind that, when she does it, there is no real apology or acknowledgement of the pain she is causing others.

Radcliffe should not have to defend her or try to maintain the respectability of the Harry Potter franchise. It would probably be wiser for him to create some distance between himself and Rowling and do what he can behind the scenes to let her know that she needs to get help for her issues. Barring that, it's not his responsibility to cushion the blows that she rains down.
at June 09, 2020 No comments:

It Remains a Horrible, Horrible World

There are no words for how terrible this is.

To see the life's work of a brilliant woman who was given many accolades reduced to such an assessment is beyond comprehension.

This was how she rolled:

Ms. McCullough was often asked what she thought of the “Thorn Birds” mini-series, watched by more than 100 million people.

Her response packed her usual pith and punch.

The same could be said of those trying to write her obituary.
at January 29, 2015 No comments: