Idris Elba is Allergic to Horses 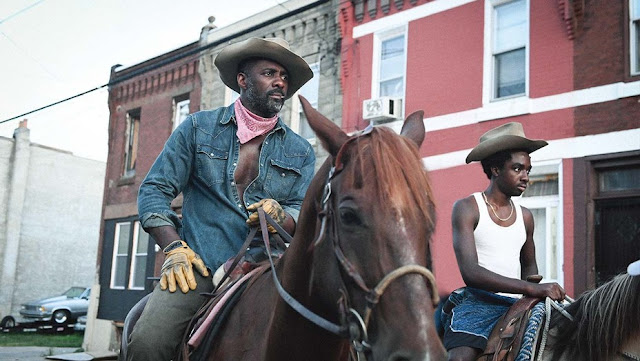 I had no idea people could be allergic to horses:

Idris Elba trained to ride horses to get into character as an estranged father in Concrete Cowboys — despite being allergic to the animals.


"In defense, I'm allergic to horses, OK. I couldn't see what I was doing, I couldn't breathe," Elba said as fellow cast members ribbed him about his horseback skills during a press conference at the Toronto Film Festival on Sunday.


Elba and Stranger Things star Caleb McLaughlin star in writer-director Ricky Staub's drama Concrete Cowboy, which has its world premiere on Sunday night in Toronto and is produced by Lee Daniels.


The father and son drama, set in North Philadelphia, portrays a troubled teen, played by McLaughlin, torn between a life of crime and the urban-cowboy lifestyle of his estranged father (Elba).


While hardly a horse whisperer, The Suicide Squad star said he learned to ride horseback to ensure realism for his role as an urban cowboy. "It goes beyond just learning how to ride a horse. Very quickly, you have to have a bond with the horse," Elba recalled.

I mean, it makes sense because of the hair and all that, but I didn't know people could be allergic to larger animals like horses. I've never heard of having a horse allergy, so many that's what surprised me about this.

Idris Elba is one of those artists who is going to work his way through a problem, whether it's the accent, the dialogue, or whatever gets thrown in his way. There's a reason why he's so good at what he does and it comes down to a work ethic that is second to none.
at September 13, 2020