This Week in Out of Control Penises 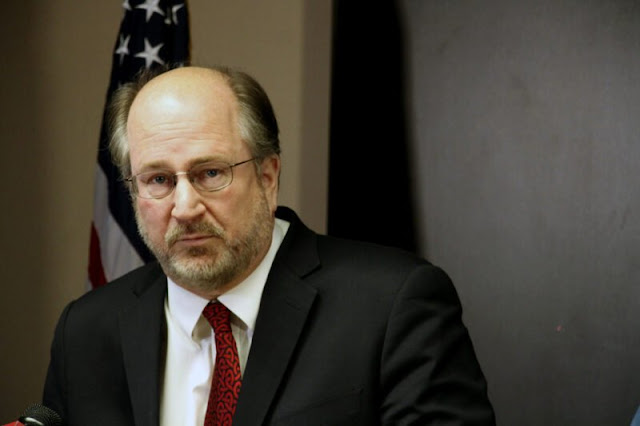 Why the hangdog face, sport?

In a Dec. 2 letter, the governor asked Trump to help Clarkson’s wife and stepson overcome immigration obstacles in order to leave Colombia and join him in Alaska.

“Over the past year, I have found Attorney General Clarkson to be a wise and trusted legal advisor, a man of exceptional character, and a devoted husband and father,” the governor told Trump. Before being appointed in late 2018, Clarkson had been a champion of Christian conservative views on social issues such as same-sex marriage and abortion.

Over a 27-day span, the attorney general asked the woman to come to his house at least 18 times, often punctuating the messages with kiss emoji and comments about the much-younger woman’s beauty.

The attorney general texted the woman at all hours of the day and evening, sometimes from his state office, until she sent him a message in early April asking him to respect professional boundaries and saying she doesn’t accept late-night calls on her personal phone.

On March 16, Clarkson wrote to the state employee: “You’re beautiful ... sweet dreams. 😘 Sorry to bother you.” The day after that he texted, “So what are you doing sweet lady?” And the day after that: “Always nice to see you beautiful lady ... You have to find a way to say yes and come over and let me cook for you.”

Mr. Clarkson probably lives in that version of our society where the magical communications that go into and out of that little black mirror on his lap are not saved, recorded, archived and databased according to who sent them and when they were sent. He probably felt like the young woman to whom he was not married to would "be cool" about all of this and "give in eventually."