Dolly Parton For the Win 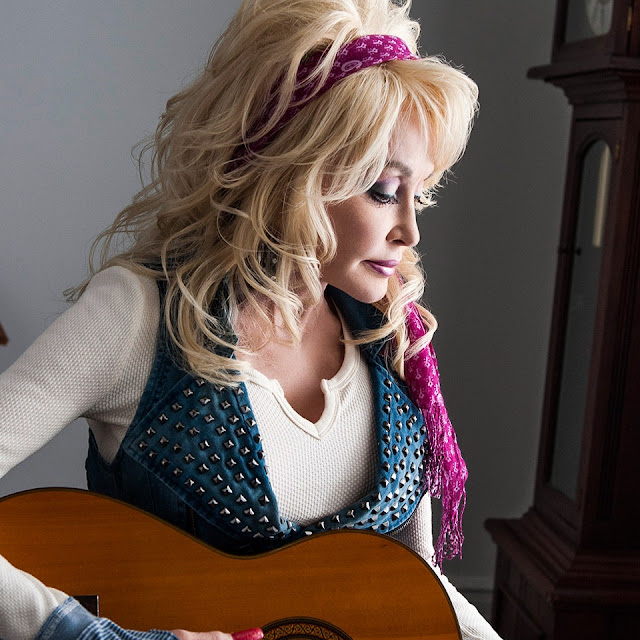 It's always refreshing to see someone act like an informed adult in public:


On the topic of BLM, the 74-year-old proved that she’s definitely aligned with the times and fully onboard with the protests that have carried on since George Floyd’s murder at the hands of Minneapolis police. “I understand people having to make themselves known and felt and seen,” said Parton. “And of course, Black lives matter. Do we think our little white asses are the only ones that matter? No!” The Queen of Nashville has officially spoken.

Parton also engaged in a discussion about how racist monuments and other antiquated Confederacy statues have been taken down in the last few months. The iconic artist actually did something similar in 2018, when she renamed her “Dixie Stampede” Civil War-themed attraction to “Dolly Parton’s Stampede”. Although she was clearly ahead of her time — The Dixie Chicks only changed their name this past June — Parton admitted that she was guilty of “innocent ignorance” back then.

She spoke further on her decision to rename the attraction:

"When they said ‘Dixie’ was an offensive word, I thought, ‘Well, I don’t want to offend anybody. This is a business. We’ll just call it The Stampede.’ As soon as you realize that [something] is a problem, you should fix it. Don’t be a dumbass. That’s where my heart is. I would never dream of hurting anybody on purpose.”

Elsewhere in the sprawling profile, Parton makes it clear she has no plans to slow down or exit the entertainment industry anytime soon. (In fact, earlier today she announced a new Christmas album featuring contributions from Miley Cyrus, Willie Nelson, Michael Bublé, Jimmy Fallon, and more.) Even so, Parton said she still wants to get her estate and her will in order just in case tragedy strikes — mostly to ease the burden on her family.

“I would not want to leave that mess to somebody else,” commented Parton. “A word to all the other artists out there: If you haven’t made those provisions, do that. You don’t want to leave that mess to your family for people to have to fight over. You need to take care of that yourself, even if it’s a pain in the ass — and it is.” As anyone that’s followed the music industry knows, an artist’s death can often lead to plenty of squabbles over ownership and rights.

There is no compelling reason for her to stick her neck out like this. The Dollywood amusement park  relies on a clientele that is mostly Southern and probably sympathetic to Trump and to right wing politics. Where it sits makes it a destination for a significant number of visitors and it employs a vast number of people who would be hard pressed to find comparable work. These people are being taken care of because of Dolly's generosity and entrepreneurial spirit.

For her to go out and speak her mind against her own business interests is brave, in and of itself. But here's the thing--Dolly is such an icon, she may be able to change a few hearts and minds over to the idea that we really do need to be decent and understanding of the feelings of others.

In this whole entire country right now, she might be one of a handful of people who could get people to moderate their views and come over to her way of thinking.
at August 16, 2020