The Legacy of John Wayne 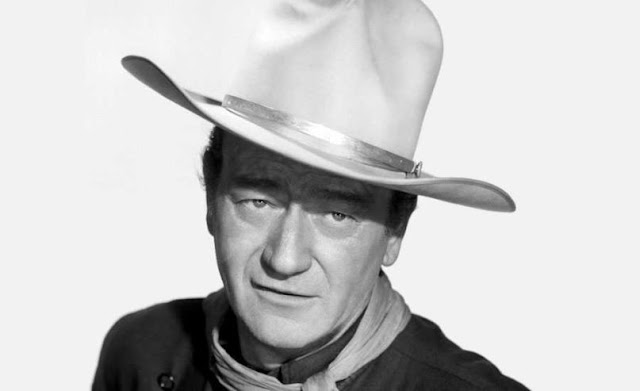 Adjusting the legacy of John Wayne is probably overdue. I don't think we can remove him completely from the history of film, but I do think we need to take steps to put him and his controversial views in their proper context:


"Conversations about systemic racism in our cultural institutions along with the recent global, civil uprising by the Black Lives Matter Movement require that we consider the role our School can play as a change maker in promoting antiracist cultural values and experiences," Assistant Dean of Diversity and Inclusion Evan Hughes said in a Friday announcement to the film school community.

"Therefore, it has been decided that the Wayne Exhibit will be removed."

The exhibit will instead be moved to the Cinematic Arts Library, Hughes wrote, where it can be placed "within the proper archival and research context" for continued education on Wayne's role in film history.

While the statement did not directly address the controversy surrounding Wayne, his legacy has recently been re-examined, especially after a 1971 interview with Playboy resurfaced and went viral last year. In it, Wayne espoused derogatory views of African Americans, Native Americans and films with gay characters.

"I believe in white supremacy until the blacks are educated to a point of responsibility," the actor said. "I don't believe in giving authority and positions of leadership and judgment to irresponsible people."

You could add his comments and his views to the exhibit as a way to put Wayne in the proper historical context as it relates to his place in American history. I think you have to include the fact that this was common to the entertainment industry. To me, that would help explain that he wasn't the only person who had these horrible views and opinions. There is ample evidence that he was no different than Ronald Reagan in terms of how he viewed minorities.

And while Wayne and Reagan had vastly different careers, they were part of a generation that had an enormous impact on the cultural history of the country. Providing context is probably the most helpful way of explaining who Wayne was and why it's important that we understand his contributions.

I don't have a problem changing the name of the airport, either. We could rename that and we could definitely rename Reagan National Airport in Washington D.C.