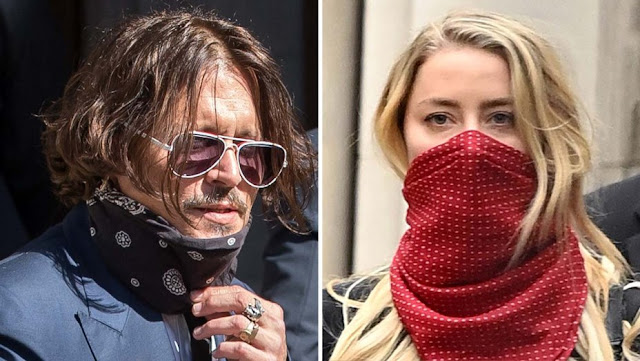 Hollywood is probably going to make three or four movies out of this debacle:


A lawyer for British tabloid The Sun said Monday that Johnny Depp abused Amber Heard during their relationship, committing acts of violence fueled by misogyny and unleashed by addiction to alcohol and drugs.

Attorney Sasha Wass was summing up at Depp’s libel case against the newspaper over an article alleging he physically abused ex-wife Heard — a high-stakes celebrity trial in which the reputations of both former spouses are at stake.

Depp is suing News Group Newspapers, publisher of The Sun, and the newspaper’s executive editor, Dan Wootton, at the High Court in London over an April 2018 article, which called him a “wife-beater.” He strongly denies being violent to Heard.

The case is due to end Tuesday, but judge Andrew Nicol is not expected to deliver his ruling for several weeks.

In closing arguments, Wass said the newspaper’s defense “is one of truth -- namely that Mr. Depp did indeed beat his wife.” Wass said there was “overwhelming evidence of domestic violence or wife-beating behavior, cataloged over a three-year period.”

This is one of those tragedies where you just don't want to spend any time dealing with any of the people involved. It's off putting, to say the least.

How does Depp still have a career after this? Well, he's been very successful in making Heard look bad. And how does she keep working? Well, she's managed to elevate her profile and has shared extensive evidence of abuse. Depending on who you're biased in favor of, she's either a demon or a saint.