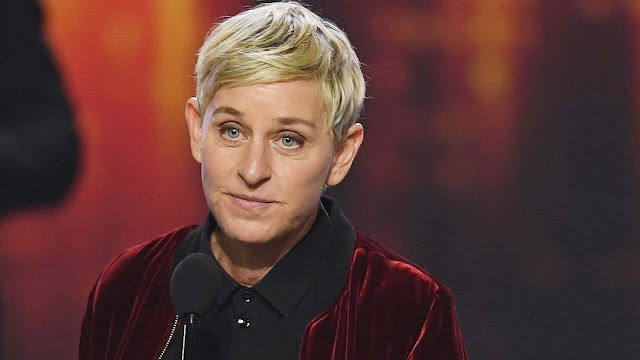 Ellen DeGeneres is not going to get away with being mean to people anymore:


Actors Brad Garrett and Lea Thompson have joined the chorus of critics taking aim at Ellen DeGeneres and her show. Dozens of ex-staffers have come forward with allegations that the show was a hostile workplace—and now celebrities are chiming in. Garrett, best known for his role as brother Robert Barone on Everybody Loves Raymond, tweeted out a Variety story about the scandal with the comment: “Sorry but it comes from the top ⁦@TheEllenShow. Know more than one who were treated horribly by her.⁩ Common knowledge.” Then Thompson, of Back to the Future and Caroline in the City, replied to a People magazine tweet about Garrett’s jab. “True story. It is,” she wrote. DeGeneres has apologized for the atmosphere behind the scenes of her show.

What used to keep people in line was fear, and celebrities are now being released from the possibility of being blacklisted from Ellen's show. This is a huge development because maintaining the viability of promoting various projects is the lifeblood of being an actor in Hollywood. If you can't appear on the crap shows that publicize As that fear subsides, you'll see a rush of stories from people who saw, firsthand, the abject cruelty of the environment around Ellen's long running "feel good" talk show.

It sounds like it was a shitshow of epic proportions. If these stories are true, then the toxic environment that surrounded Ellen is going to be one for the ages. We're talking law suits, career-ending legal settlements, and a cancellation that will send shockwaves through the industry. If anyone else is running their show like this, then they're next. Once you take out someone as big as Ellen, everyone else can be taken down as well.

The idea that DeGeneres is going to "salvage" something here is laughable. She could make a comeback. That's hard to do when you're sued by dozens of people who were horribly mistreated.
at July 31, 2020