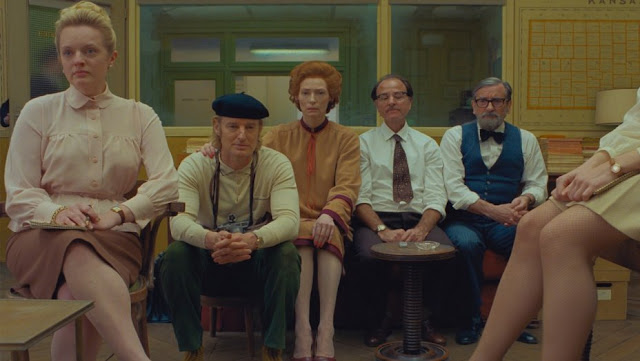 There are only a handful of films that I really wanted to see this year, and The French Dispatch is at the top of the list.


The message from the Cannes Film Festival is: Corona or not, the show must go on. The iconic French festival, which was as scheduled to run May 12-23 but was forced to cancel its physical event due to the coronavirus pandemic, on Wednesday unveiled its lineup for Cannes 2020, a selection of films that will carry the Cannes brand to screen at other events around the world.

The Cannes 2020 program includes many of the year's buzziest art house and indie titles — among them Wes Anderson's The French Dispatch, Naomi Kawase's True Mothers, François Ozon's Summer of '85, ADN aka DNA, directed by, and starring French filmmaker Maïwenn (Polisse) and Thomas Vinterberg’s pro-drinking drama Another Round. (Scroll down for the full line-up).


Don't take this to mean that it is the only thing I wanted to see. I suppose there are a few others, we don't get a Wes Anderson movie like this one often enough.

The COVID-19 pandemic is not just delaying the release of movies that are already made but it is also delaying the filming and production of movies that had been planned. And we all know how things fall apart--funding, whatever and what have you dries up when there is a delay. Add to that the struggles of everyone who works on films and you have a perfect storm for when we might have to settle for re-releases and encore presentations.
at June 03, 2020