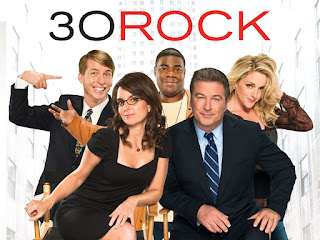 I support this, even if I don't completely understand it:


Four episodes of 30 Rock, including two featuring Jane Krakowski’s Jenna character in blackface, are being removed from subscription streaming services Hulu and Amazon Prime and have also been made unavailable for sale on purchase platforms such as iTunes and Google Play. The episodes, which will no longer air on traditional TV either, were pulled at the request of NBCUniversal executive producers Tina Fey and Robert Carlock. A source tells Vulture the four episodes, some of which have already vanished, should be gone by the end of this week.

“As we strive to do the work and do better in regards to race in America, we believe that these episodes featuring actors in race-changing makeup are best taken out of circulation,” Fey wrote in a letter to the platforms that streamed or sold 30 Rock. “I understand now that ‘intent’ is not a free pass for white people to use these images. I apologize for pain they have caused. Going forward, no comedy-loving kid needs to stumble on these tropes and be stung by their ugliness. I thank NBCUniversal for honoring this request.”


You have to adapt to the times in which we live. I totally get that. I watched every episode of 30 Rock and I loved the show. When these episodes aired, there was no intention of advancing any kind of racist agenda. It was intended to mock anyone who thought going out and performing in blackface was acceptable or reasonable. It was always the intention of the show to highlight just how awful the "Jenna" character was in terms of being self-centered and delusional.

There was little, if any, outcry when these episodes aired, but that's not the standard that should apply. Those sentiments should not hurt people, and so I can understand why they're being pulled. I don't think this should extend to any kind of condemnation for the people who made this because I just don't see how they weren't advancing a hateful agenda when they made these episodes.