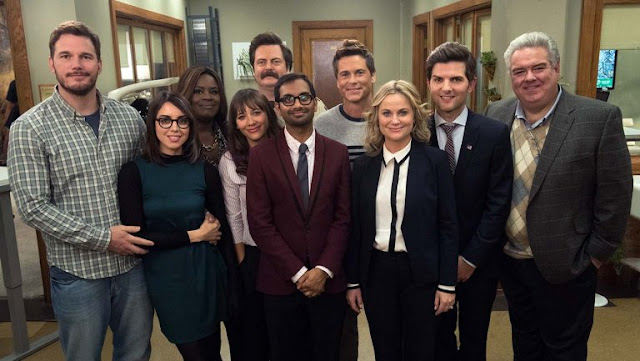 What's funny is that I never thought they would have a reunion on Parks and Recreation. either:


Parks and Recreation co-creator Mike Schur never wanted to do a revival, reboot or any sort of reunion for his beloved and star-studded former NBC comedy. Then the novel coronavirus shut down the world and changed everything.

"I didn't think Parks and Recreation would ever reunite; the show had a point to make and we made it and it ended and there was no compelling reason to do it — but this is as compelling a reason as there is," Schur told press, including The Hollywood Reporter, during a 45-minute conference call Tuesday, mere days before Amy Poehler's brilliantly optimistic Leslie Knope returns to the network in a special that doubles as a fundraiser for Feeding America.

Parks and Recreation, Schur recalled, was forged during the economic recession in 2007-08, when it was clear the government would have to play an active role in people's lives. That same need is true today, with people across the world turning to local and national governments to navigate the novel coronavirus and its economic fallout as many look for food assistance, financial aid to cover rent/mortgages and so on.

It was an amazing show. It was crippled by a couple of things early on and it always seemed that NBC was looking for a way to cancel it. Thirty episodes into the series, they wrote Paul Schneider off of the show and tried to bring in a new romantic lead. And then there was the writers strike, which hobbled numerous shows and shorted us a fair number of great episodes of TV.