A Reckoning for Timothy Hutton 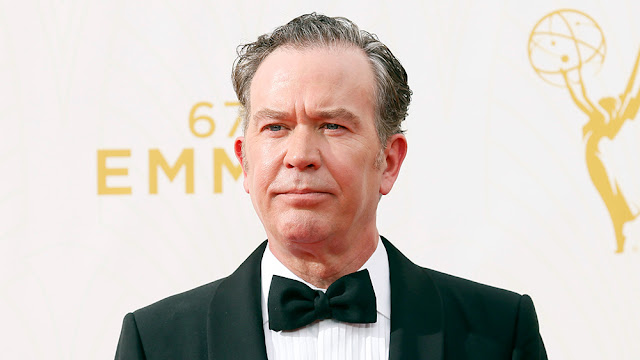 Every horrible thing that has been done eventually comes back around and hits you in the face.

Hutton took off his clothes, got on top of her, Johnston said, and thrust himself inside her. She started to beg: “Please, don’t do this. I can’t do it. I can’t.” Johnston said Hutton told her that she would like it — and that his friend was going to watch.

“It hurt like hell,” Johnston said. “I mean, it was very painful. God. Yeah, it was extremely painful. Horrible, horrible, absolutely horrible.” At one point, she said, Hutton went to get Vaseline as a lubricant.

She said Hutton’s friend, who was standing next to the bed, put his erect penis into her mouth.

“He got it in a couple of times,” Johnston said. “And I said, ‘You have to tell him that he can’t!’” Her mouth was full of train-track braces and rubber bands, she said. She started to cry.

Johnston said Hutton told his friend, “‘She doesn’t like that,’ or whatever. Meanwhile, he finished raping me.”

I don't know how any person could read that and not be horrified.

Yes, we do need to treat each and every one of these cases with a degree of skepticism but I don't think that leads us to a place where we should not believe women when they tell these stories. There should be a way to ensure that something like this can't keep happening.
One way to accomplish this would be for cops to actually make it so women can report being raped without being made to feel like criminals. If we're talking the entertainment industry, underage performers, and everything else, there should be a system that allows them to be protected and never exploited like this. So, separate from what happened here, we still need to make reforms and address the fact that women are often ignored or intimidated into silence.
Hutton is calling all of this an extortion attempt:

In the years since that night, Johnston told BuzzFeed, that what happened “has colored every area of my life.”

Besides Hutton’s statement, his camp also released a statement from his defamation counsel, Tom Clare, who said he has sent BuzzFeed a legal retraction demand. He claimed that BuzzFeed, “facing serious financial struggles and pressure to attract readers, has shamefully disregarded the facts and allowed itself to be used by Ms. Johnston,” and also said the site “ignored hard evidence that Ms. Johnston lied about participating in extortion attempts and turned a blind eye to critical inconsistencies in Ms. Johnston’s story.

“We will be sending BuzzFeed a legal retraction demand. If BuzzFeed wrongfully refuses to retract the article, Tim is prepared to take any and all necessary steps, including the filing of a defamation lawsuit, to clear his name and to hold BuzzFeed and Ms. Johnston accountable for their reckless and self-serving efforts to destroy Tim’s reputation and career.”

A spokesperson for BuzzFeed said the outlet stands by the piece: “BuzzFeed News’ reporting on the alleged rape of a 14 year-old girl by Timothy Hutton is based on interviews with the alleged victim, the account of a woman who was with her that evening, and five separate people who were told of the assault at the time. BuzzFeed News stands unequivocally by our reporting.”

God, what a mess. Now, what you need to watch for is for anyone else to come forward with a similar story. If a pattern emerges, what should be done?