The Horror of This Man's Actions 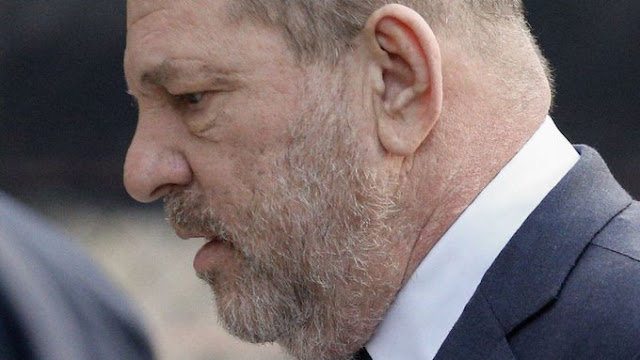 I hope Harvey Weinstein is held accountable for every single heinous thing he ever did.


Harvey Weinstein was found guilty of rape and a felony sex crime Monday, marking a climactic end to a high-profile case that in some ways serves as vindication of the #MeToo movement.

Those two counts were connected to individual allegations made by Mimi Haley, a former Weinstein Co. production assistant, and Jessica Mann, a once-aspiring actress. Weinstein was acquitted on the two most serious charges of predatory sexual assault, which each carried a potential life sentence.

Weinstein, 69, appeared to be staring ahead while a half-dozen court officers surrounded him just after the verdict was delivered. The movie producer struggled to get up from his seat as he was handcuffed and escorted out of the courtroom.

Judge James Burke ordered Weinstein to be held in custody until his sentencing March 11.

It is a good thing that he is not free to live at home and continue out and about in public. As recently as October he was heckled at a comedy club. Now that he has had his due process, he should not be allowed in polite society ever again.
at February 24, 2020