Lori Loughlin Has Figured Out How to Get Away With It 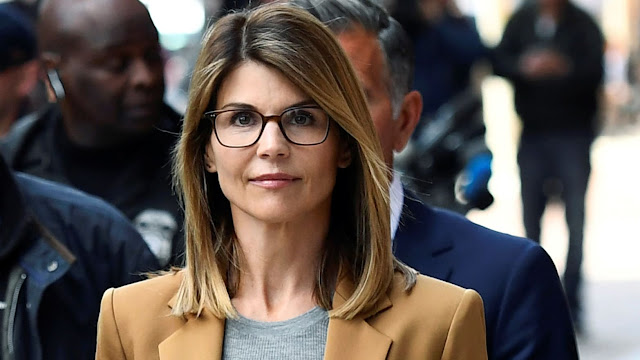 If you give someone enough time to wriggle out of trouble, that's exactly what they're going to do:


Lori Loughlin and her husband, Mossimo Giannulli, might have caught a big break in their college admissions bribery case. The two were first implicated when the scandal broke last year, alongside Felicity Huffman, and have been accused of bribing the University of Southern California with $500,000 to secure their daughters’ admission. (They pleaded not guilty.) But the couple’s defense claims that notes from the scam’s mastermind proves they believed the money they’d handed over was a legitimate donation.

According to The Hollywood Reporter, Loughlin’s defense team said in a legal filing that the prosecution had provided notes from college admissions consultant Rick Singer, who pleaded guilty last March to orchestrating the scheme.

“Singer’s notes indicate that FBI agents yelled at him and instructed him to lie by saying that he told his clients who participated in the alleged ‘side door’ scheme that their payments were bribes, rather than legitimate donations that went to the schools,” the filing says, per People.

The filing also quotes Singer writing, “They continue to ask me to tell a fib and not restate what I told my clients as to where there [sic] money was going—to the program not the coach and that it was a donation and they want it to be a payment.”

You have to give Loughlin, her husband, and their legal team props for figuring out how to escape accountability. Their peers are going to prison, their own freedom is in jeopardy, and they knew that all they needed was time.
at February 27, 2020