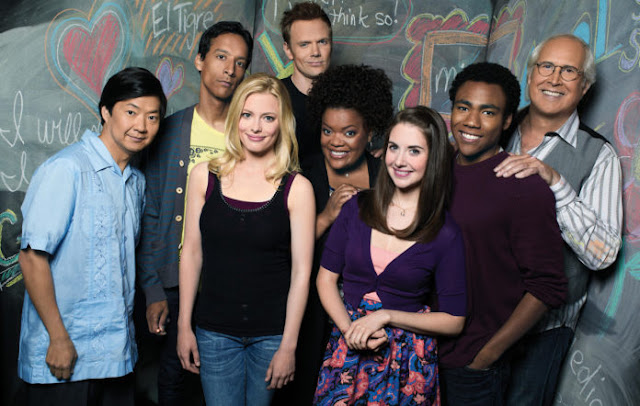 This is great news:


The return of hit sitcom Community is looking much more likely now, as cast member Alison Brie has taken to Reddit to reveal discussions around a potential film are ongoing.

Brie played Annie Edison in all six seasons of the NBC comedy, which told the story of an eclectic group of students at a community college in the fictional town of Greendale, Colorado. Now, five years after the final episodes aired, Brie has commented on continued fan speculation about a movie.

Asked whether there was “any news about the Community movie” during a Reddit AMA (Ask Me Anything) Q&A session, Brie responded: “[I’ve] actually got an interesting call about it this week…stay tuned…”

I'm not a purist, but I want Dan Harmon to run this thing if it happens. I want Paget Brewster and Keith David to be a part of it, too. I will mourn Leonard, of course because Richard Erdman was pitch perfect every chance he got to deliver a line.