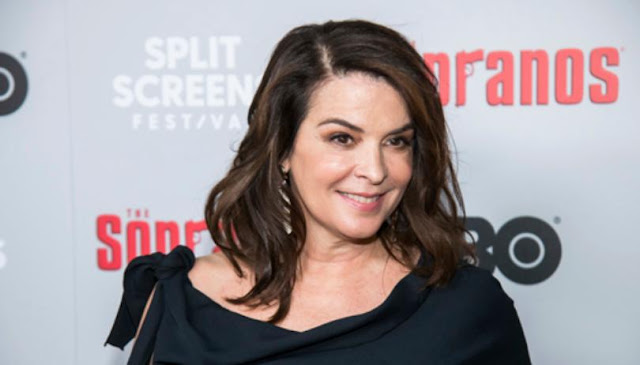 This is devastating testimony, no doubt it:


Actress Annabella Sciorra testified in court Thursday that Harvey Weinstein raped her more than 25 years ago during emotional, face-to-face testimony from one of the women who has accused the movie mogul of sexual assault.

"The Sopranos" actress said Weinstein raped and sexually assaulted her at her Manhattan apartment in the winter of 1993-1994. She first publicly spoke about the attack in an October 2017 New Yorker story as part of a wave of accusations against him.

During her testimony, she called Weinstein "the defendant," and rarely used his name. At one point, though, she was presented with a photo of herself that she said was taken for a play she was working on at the time of the rape. "Yes, (the photo) reminds me very much of being raped by Harvey Weinstein," she said.

Sciorra's voice quivered at times during her testimony, and she became particularly emotional recounting the period after the alleged rape. Sciorra said she would cut her fingers and hands and smear the blood onto a wall she was painting "blood red." She said wherever she smeared the blood she would mark it with gold leaf. When the prosecution asked why, she let out a sob and said she didn't know.

Her testimony came a day after prosecutors and defense attorneys gave their opening statements in Weinstein's trial. Prosecutors said the Hollywood movie tycoon raped and sexually assaulted young women and actresses, including Sciorra, over the course of decades.

Harvey Weinstein shouldn't even be free on bail, if the safety of the general public means anything anymore. It's difficult to overstate how abusive and violent he is alleged to have been with regards to these women.
at January 23, 2020