How Did Larry Flynt End Up Being the Voice of Reason? 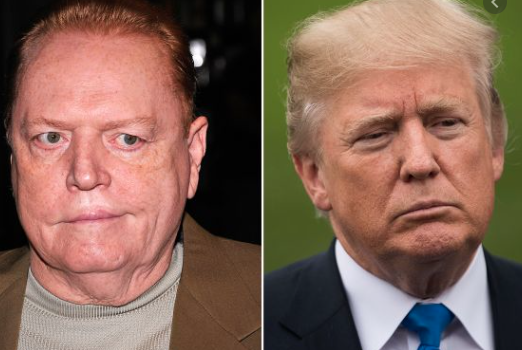 Larry Flynt survived 2016 in order to shame the American media:

“Hold him accountable at all times,” Flynt told us. “He makes the press look like amateurs in the way he tweets and tells half-truths and lies, and he gets away with it.”

Flynt says that shows like “Meet the Press” are “the worst culprits,” and continued, “You can’t bury your head in the sand, you have to fight back . . . If Trump could, he would like to put restrictions on the First Amendment. That’s what happens any time you give absolute power to anyone. The first thing to go is the free press and then individual freedoms go. You have to fight for it.”

Is there anything Flynt is wrong about?

No! Of course not! He has a very simple take on the media and on the new division pundits that have not been held even remotely accountable for the disaster that was the 2016 presidential election. He's even reminding us that freedom of the press is about to become a distant memory very shortly because we don't appreciate what we have. A lot of people fought hard in 2016, but exactly the right number of people in a few states decided that freedom isn't as important as having a kleptocratic banana republic installed as the next American government.

How many of them were fired because they got it wrong?

And here we are, just a few days into 2017, and Larry Flynt is the voice of reason. Amazing.